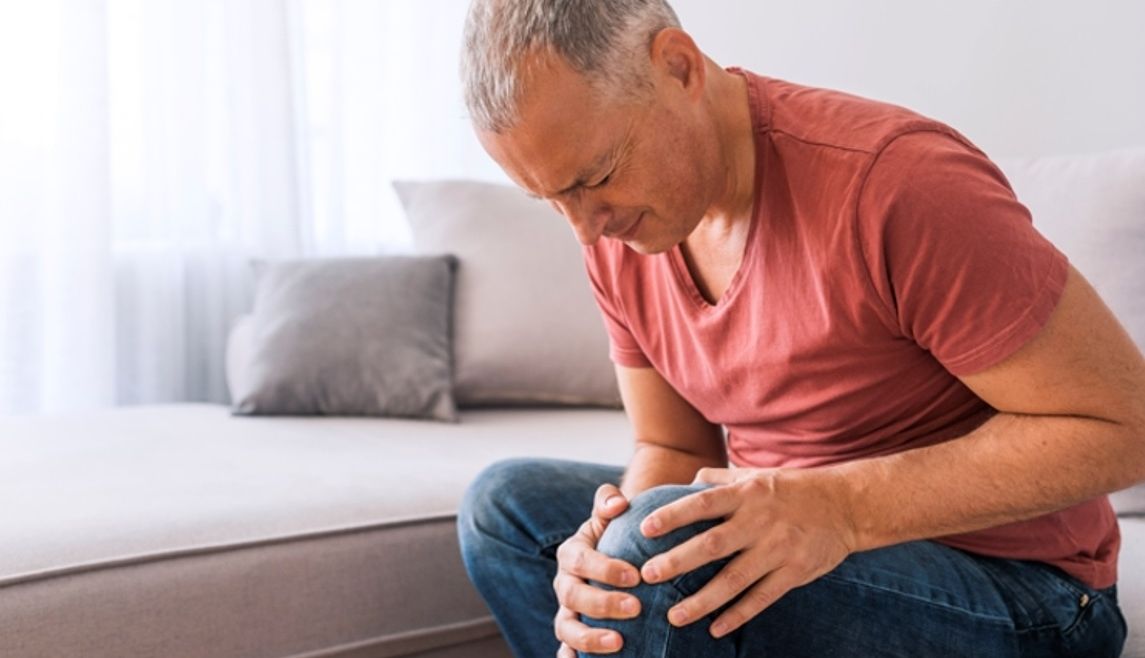 Joint pain has a way of reminding us we are aging. Whether it’s knee inflammation, pain in the knee cap, elbow tendonitis or tenosynovitis caused by repetitive motion, many doctors still resort to a knee-jerk (no pun intended) reaction of surgery. Well, just as medieval doctors of old had to acknowledge that bloodletting was not the best solution for the days’ ailments, modern doctors are slow to realize surgery can be just as medieval in many situations.

Solutions for tendonitis, tenosynovitis and beyond

Malé Aquino was searching for different procedures to help with the joint pain in his ankles. The bone-on-bone contact in his ankles cause a shock of pain that made walking unbearable. Spoke to his family and friends as he debated his choices, which included amputation and the use a prosthetic limb or fusion surgery. Neither was attractive. He desperately needed a solution. His quality of life was eroding and relied on a cane to navigate his apartment.

As he researched alternatives, he read about athletes having stem cell therapy and the high rate of their recovery. He had been a martial artist who used to fly through the air delivering acrobatic kicks. As a former athlete himself, his interest was piqued.

He did have concerns that it would not work though. His injury was over 20 years ago, and he was 63 years old. In other words, he was no “spring chicken.”

Faced with the prospect of surgery, a long recovery time and a major dose of pain management, the choice of stem cell therapy was attractive. An additional benefit was that stem cell therapy is natural to the body and Dr. Steckman at Jouvence Wellness also used PRP, or plasma-rich platelets, which are derived from the patient’s own blood.

The fact was that the most difficult part of the procedure was what many would consider a rather routine needle injection. But since Malé did not like needles under any circumstance, the routine nature of the procedure did not make it better.

With that said, 45 minutes after he arrived, he was on his way home.

His family noticed that the treatments were working after only a few days. He was limping much less. Now he can feel a cushion in his step. Before when he would take a step, his foot would jump off the ground from the shock of pain caused by the bone-to-bone contact in his ankles. “The pain factor used to be a 10 and now it dropped to a 3 level. And this is honestly speaking,’ Malé said. “I’m able to walk short distances without a cane. I am very happy.”

Soon after the procedure, he decided to take his new ankles for a test.  He took his nephew to the park and his nephew, who calls him “Grandpa” said, “Grandpa, you’re not going to take your cane.” But Malé was determined to see if the benefits of the procedure would go beyond just walking around the apartment. We wanted to test them in the park.

They went for a walk in the park, got some ice cream and came back upstairs. At that point, his nephew said, “Okay Grandpa, we can play now!”

Surgery is a medieval solution by comparison

At the end Malé noted that Dr. Steckman really changed his life and has given him a better quality of life. Malé is adamant that people need to hear that there is an alternative to surgery. As he told us, “It is the best decision I ever made.”

Stem cell therapy is a viable solution, and many insurance companies are beginning to acknowledge it. Whereas other solutions merely deal with the symptoms of pain, stem cell therapy addresses the root causes. If you or someone you know is suffering from pain, call and make an appointment for a consultation today.